DeBoyz are interested in many things, including those that require them to put on their infamous tin foil hats…

The tin foil hats have been variously described to:

Obviously successful use of the tin foil hats is a complex and ever changing skill involving advanced (alien?) technology, that requires careful application. Or maybe they watch the X-Files too often… 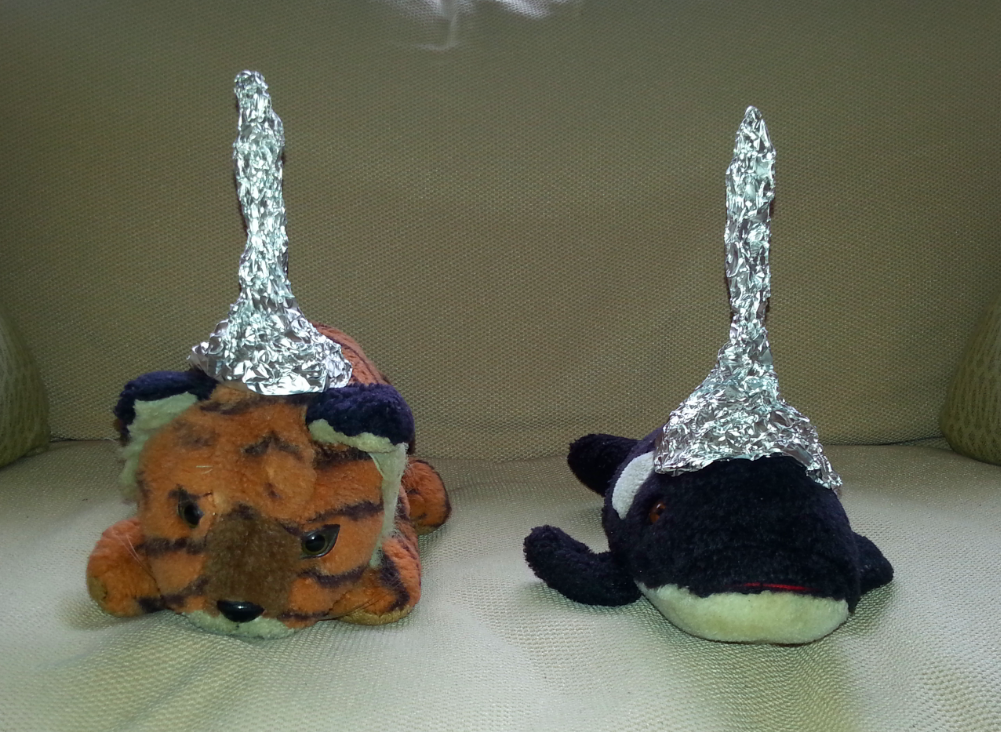 This is a long page and has a number of topics that may or may not require the wearing of a tin foil hat. Scroll down for more… Much more… The question is did you bring enough tin foil?

Dallas, Texas in 1963. JFK is shot (assassinated or murdered you choose) in Dealey Plaza. The footage of the motorcade and what happened is very famous, so DeBoyz decided to go and see it while I was in the area.

The Book Depository building is very well preserved and is now a museum. The Grassy Knoll is clearly visible and so is the location where Abraham Zapruder stood while filming his famous movie. The local historians have marked X in a couple of places on the road to show where the car was when JFK was shot (the two main shots). 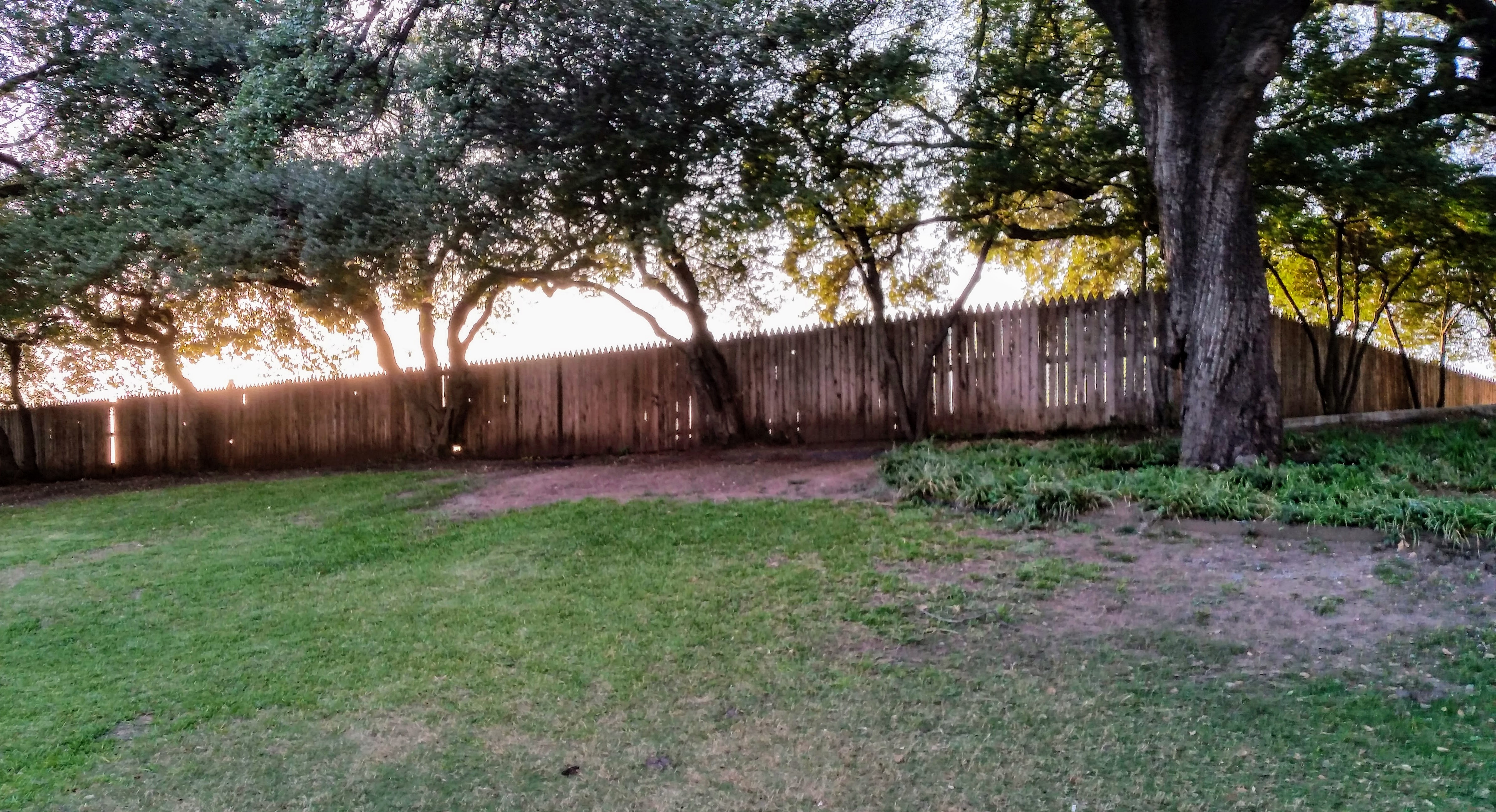 According to the historian (I say historian loosely, but that’s what he called himself and he did know his stuff and gave me a tour and a DVD for $10) over 3 Million people per year visit Dealey Park. For such a popular memorial it’s very undeveloped, and is nice because of it.

Across to the other side of the plaza, the direction no one sees, are some lovely federal buildings.

The Book Depository is now a well preserved museum. 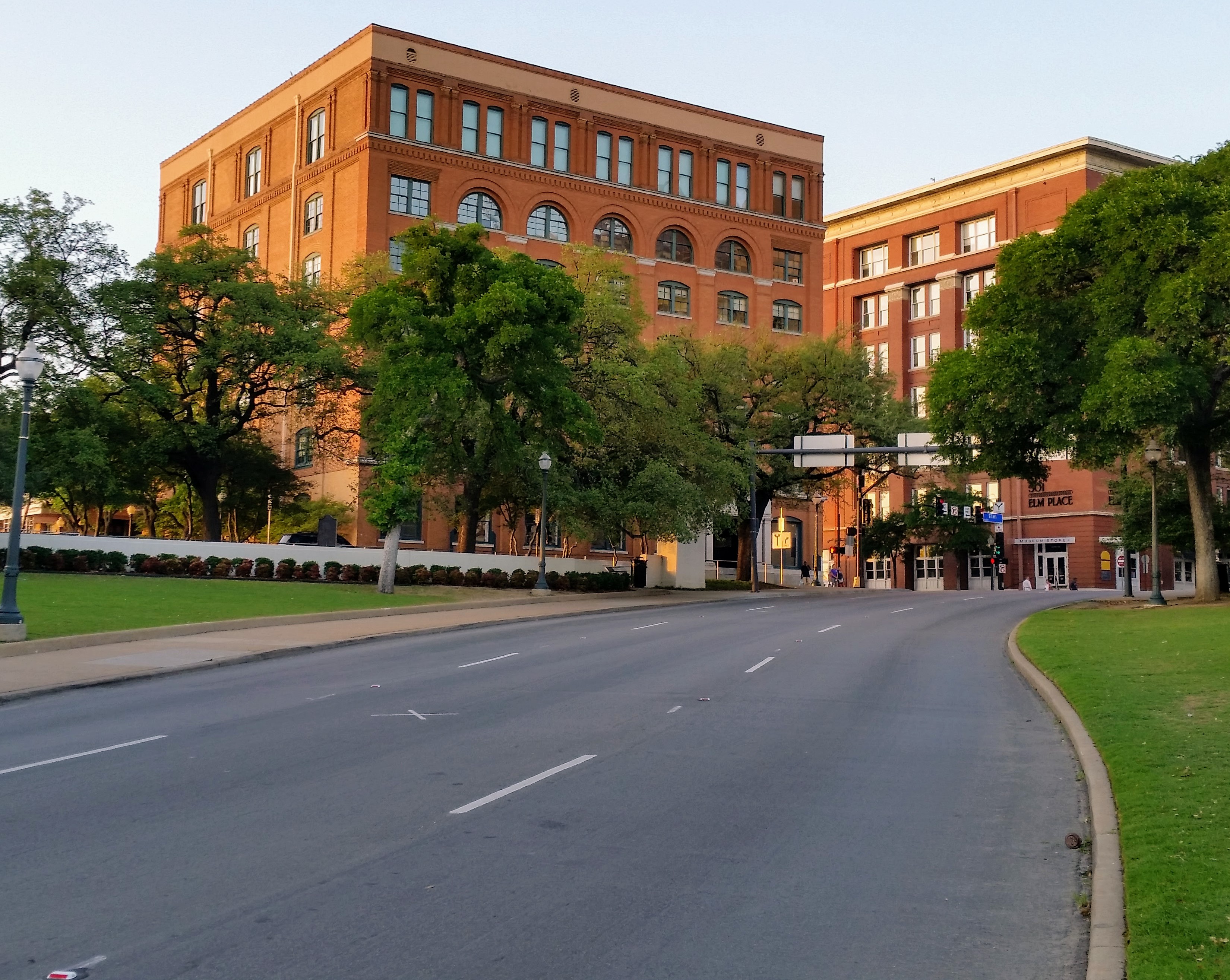 The plaque on the Book Depository and notably even the plaque says “allegedly”. 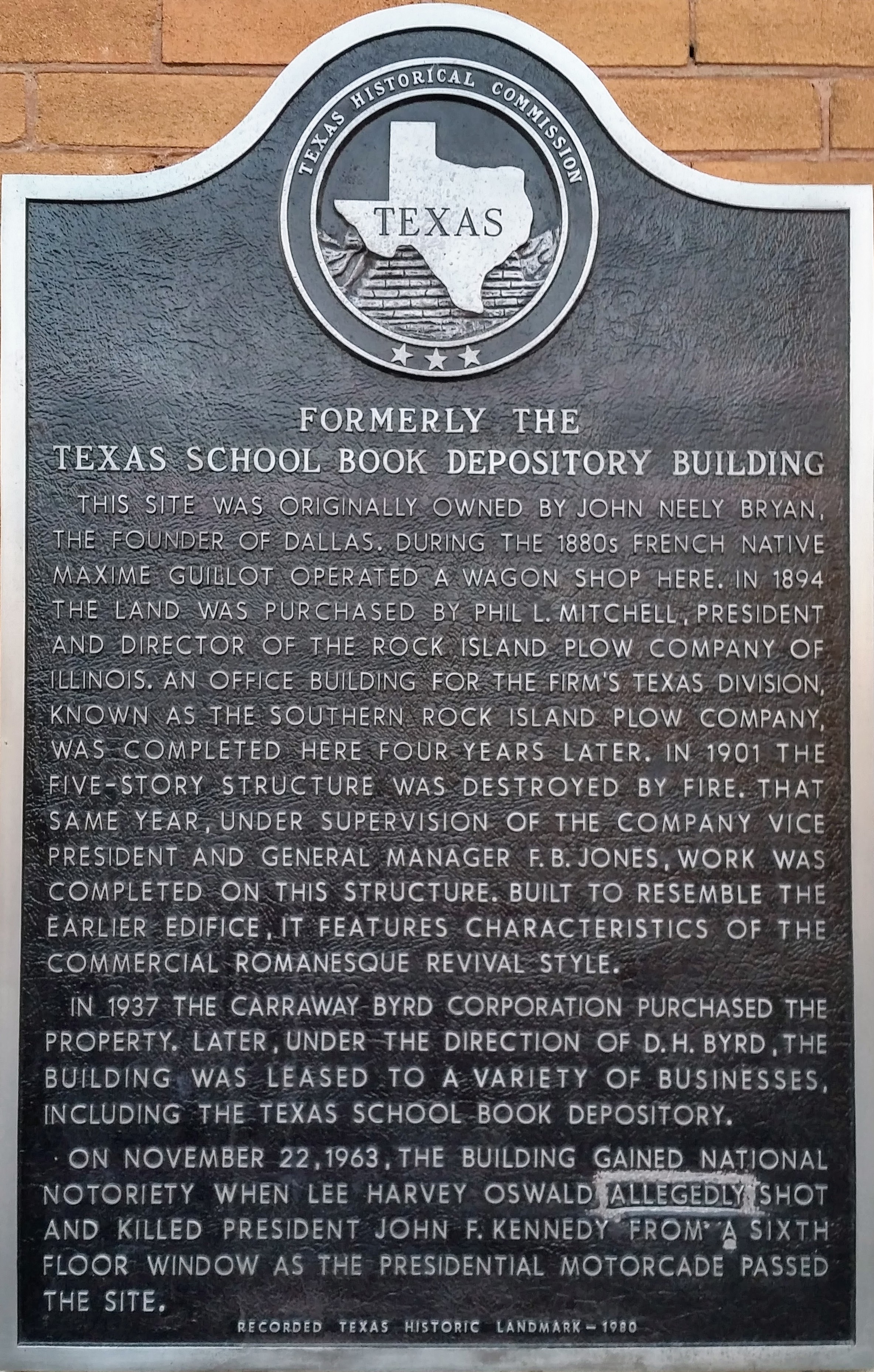 The road slopes downward more than you might think from the movies and the angles are very steep from the Book Depository. The angles in fact are so steep that’s it’s fairly obvious there is no way things happened as described in the official story.

The Grassy Knoll can be seen in the below photo, it’s the area to the left of the stairs, and leads up to a fence. This is where some of the shooters actually stood, if you go with the conspiracy theory. The white stone structure to the right of the stairs is where Zapruder stood.

The view down the hill from at the top, with the Depository out of view to the right. The silver car in the photo is at roughly the point where JFK was killed.

View from beside Book Depository – Click to view full size

My opinion: There is no way Oswald made the shots that he is supposed to have. He may have fired a shot or shots but he didn’t hit Kennedy with the main shots that killed him, the angle is all wrong. Go see it for yourself…

Oh and if you look VERY closely at the window in the book depository that Oswald used (extreme right, second from the top, click on the image to get a bigger version) you might see some familiar faces in the open window… 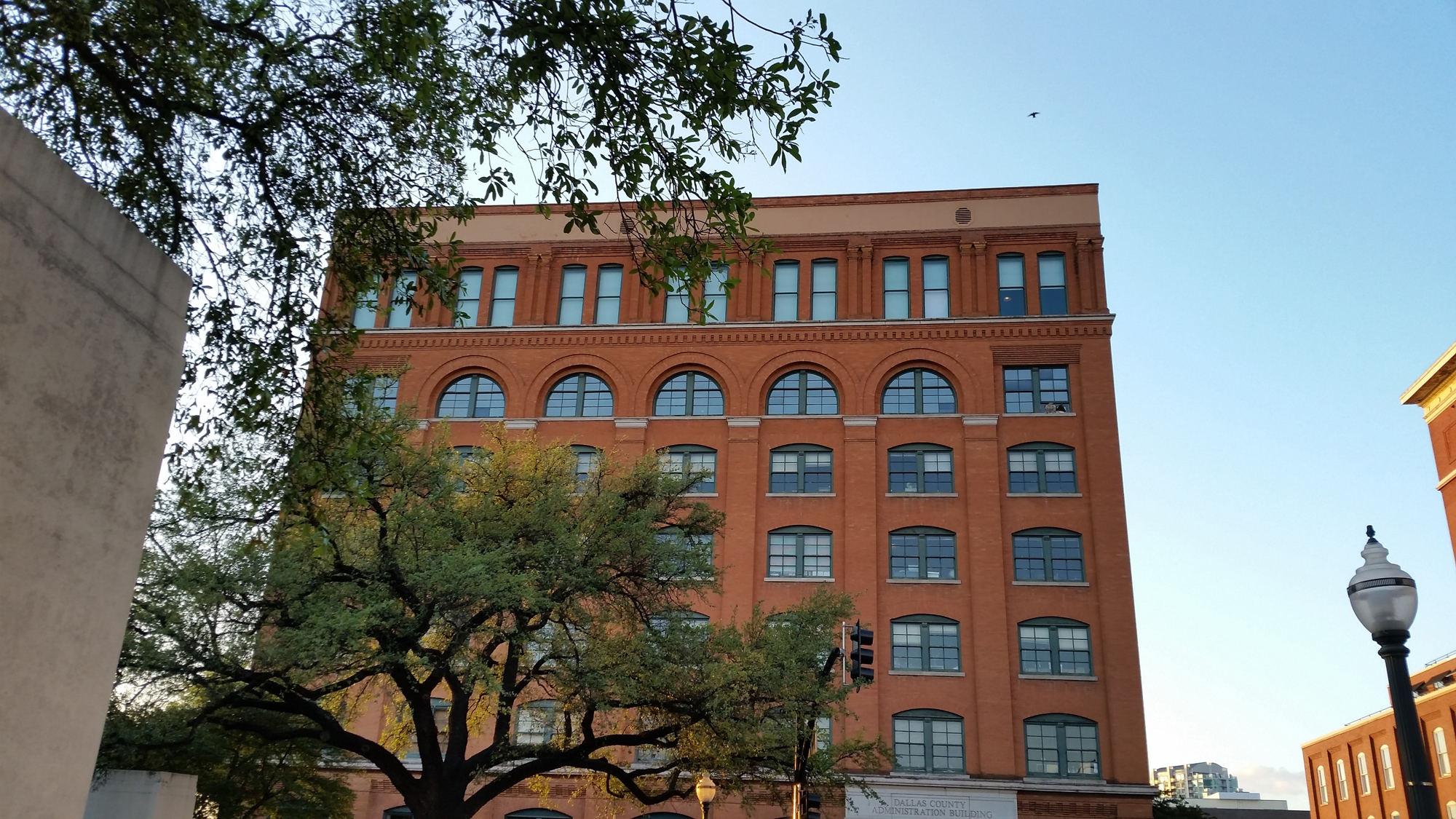 This one you need to see in full size. Who is that in the window?

Sept. 2015: Crossing the road in New York City at 42nd and 8th, at night, out of the corner of the eye, there is a Toynbee Tile, right in the middle of the crosswalk. Seriously. Major tin foil hat moment. I haven’t thought about Toynbee in years and from the dark tin foil clad X-Files recesses of my memory, the particular shape of the lettering and the name itself jumped out… Literally felt like something physical hit me.

This is the tile which I photographed the next day:

And here you can see where it is on the street (in front of the bus in between the crosswalk paint strips): 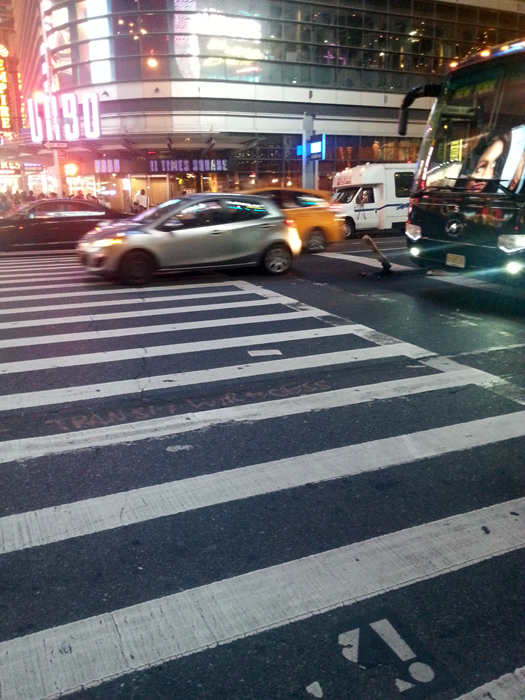 (This is a majorly busy intersection in Manhattan – how the hell did someone put it there?)

If you are not familiar with Toynbee Tiles and the stories associated with them (and I am not surprised, this is fairly out there stuff) here is my synopsis on it:

Sometime around the late 1980s or so, tiles like the above started to appear embedded in the road, in cities around the US (where most of the good X-Files type stuff comes from in my opinion!). No one really knows who put them there (although there are theories and speculation around this) and some of them are undoubtedly fakes, not created by the original person.

The tile inscription (and they do vary a little but they seem to be generally similar) references the movie 2001: A Space Odyssey by Stanley Kubrick, which is based on the ground-breaking Sci-Fi book by Arthur C. Clarke about contact with alien artifacts. It also references the Toynbee Idea (hence the name of the tiles) which is most likely a reference to Arnold J. Toynbee (a British historian and philosopher) or perhaps a reference to a Ray Bradbury story called The Toynbee Convector. In either event the Toynbee reference is probably related to the concepts of resurrection and evolution.

In the movie 2001: A Space Odyssey, Kubrick portrays that the evolution of man from a primate type creature is rapidly increased (the creature is shown using tools immediately after the encounter), after one of the primate creatures encounters an alien monolith which stimulates or programs the primate to evolve. Later in the movie, after further monoliths are discovered on the Moon and on Jupiter (this is the link to Jupiter on the tile inscription), the main protagonist is seen to die and be reborn – a further type of evolution based around the desire to live on or return after death.

The who and why surrounding the creation and placement of the tiles, and the precise meaning of the message, is unknown (although there are lots of theories and even a documentary from 2011 – if you want to read more just do a search on toynbee tiles), but I consider them interesting works of art, not dissimilar from graffiti, but with a science fiction flavour. Its great to see something like this that exists in the zeitgeist but that literally thousands of people daily walk past with nary a nod or glance.

However, given DeBoyz recent proximity to a Toynbee tile they are now considering tin foil full body suits. Whether this will bring alien messages to them or protect them from the little h’aliens, remains to be seen…

Update, May 2016. Another tile in NYC at Radio City Music Hall. 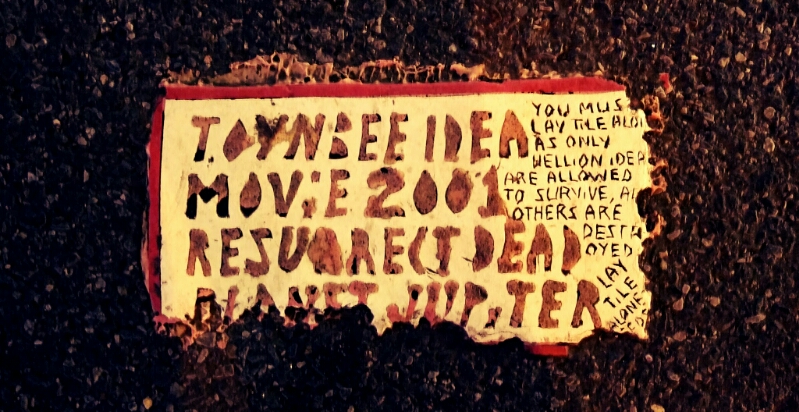 Update April 018. And there is more in NYC, courtesy of RamblingSSS. 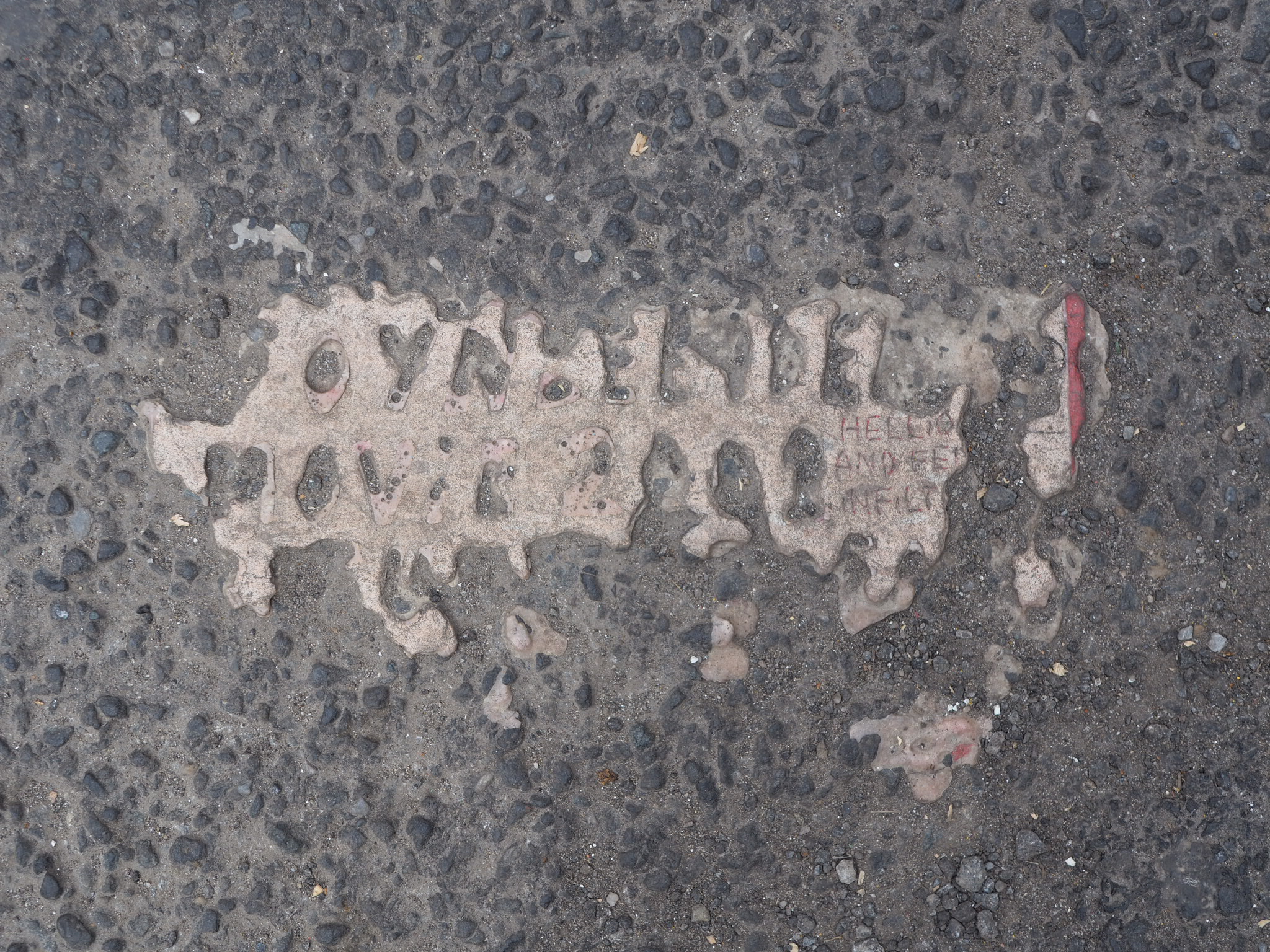 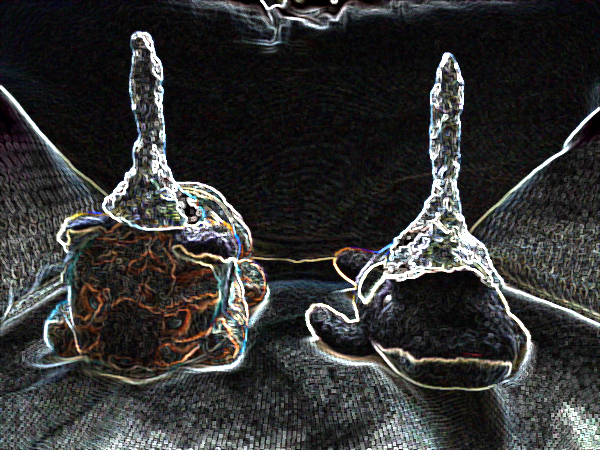 Get Email Updates from DeBoyz